Recently I blogged about Foursquare in Higher Education , which turned out to be a hot topic among educators. Many people enjoy the ideas associated with how to utilize location based application in higher education and how they might benefit the student experience.

One of the comments on my blog asked about the benefits of Gowalla and it’s continued growth in the higher ed market.

Gowalla was developed in 2008 and gained steamed after the success of Foursquare at South by Southwest Interactive (SXSWi). Gowalla won the 2010 SXSWi Mobile category. Gowalla  is one of several new location-based social networking apps that allow users to broadcast where they are at a given time. User generally access Gowalla through wireless devices, such as iPhone and Androids. Gowalla had about 600,000 registered user in November 2010 .

User check into a location via Gowalla share the location with friends, including on other social networking sites such as Facebook and Twitter. In December 2010, Gowalla released version 3.0 for the iPhone 4, allowing Gowalla users to check in using Foursquare, Facebook Places, Twitter and Tumblr, or view friends’ check-ins from other services. Users can review information posted about the venue and receive badges for checking into a locations.

Gowalla uses terminology liked Passport, Stamps, Pins, Highlights, and Trips to talk about the location-based record as your track your experience digitally. Here is a quick Getting Started Guide.

As the use of smartphones has grown significantly in recent years, especially with the millennial generation, it becomes important to learn how to capitalize the different applications being used be the campus community. Below are a few ways students are using Foursquare. 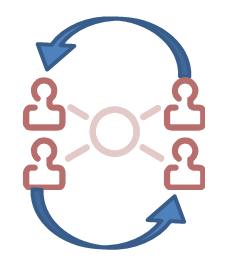 Users let friends know where to meet them

Learning About a Venue

Individuals or Venues may offer trips to complete

Why Use Gowalla on Campus?

Gowalla can be used to accomplish a number of different institutional goals but a institution using it to provide additional information to visits will focus differently then those using it to drive student engagement on campus. Below are a few reason to use Gowalla on campus.

Institutions using Gowalla around the Nation

University of Florida uses Gowalla as method of having a virtual tour.

Example of one of the location on University of Florida Campus Tour:

Century Tower was built in 1953 to commemorate the 100th anniversary of the university and was dedicated to UF students killed in World Wars I and II. In 1979, a cast-bells carillon was installed in the Century Tower. The campus enjoys the sounds of this unusual musical instrument, played daily in informal programs during class breaks and in longer recitals for special University events. Viewers of the movie Parenthood with Steve Martin, might recognize Century Tower as some scenes for the film were shot here.

Havard University – Take a stroll across Harvard Yard, and check-in at some of the historical spots

Examples of one of the location on University of Florida Campus Tour:

Known as the “statue of three lies” due to the incorrect inscription on the base of the monument, as Harvard was founded in 1636, and not by Mr. Harvard, whose likeness is unknown (the sculptor used a student as a reference).

One of the best examples of using Gowalla for marketing and customer experiences hands down is Walt Disney World in Orlando. Check out more information on this at Disney Makes a Big Bet on Geolocation with Gowalla and Disney on Gowalla.

8 Comments on “Gowalla in Higher Education”