QR Code – Don’t forget to use the Mobile Site

Just a quick reminder: When using QR Code it’s important to test it with your own mobile device! Plus don’t just test it on one device, such as the iPhone but get other friends with different devices such as Blackberries, Androids, or EVOs involved in testing.

Another important tip would be to utilize the mobile version of the site in the QR Code because users will be pulling up the site with their mobile devices. I found this extremely important when using it for Facebook Events for advertising events with QR Code. Since the Facebook Mobile site is now all the same for most devices http://m.facebook.com/ it’s a great way to link directly to your event using a QR Code generator without any issues for mobile users in seeing or RSVPing to your event.

Certain site will automatically take the user to the mobile version, such as normal a Facebook page or WordPress blog. I found this wasn’t true with Facebook Events. That’s why it’s important to test and think about the mobile version of a site could make life easier for those using your QR Code.

Try out my flyer below for a upcoming AFC at Valencia event to scholarship dollars to see how Facebook Events Mobile works: 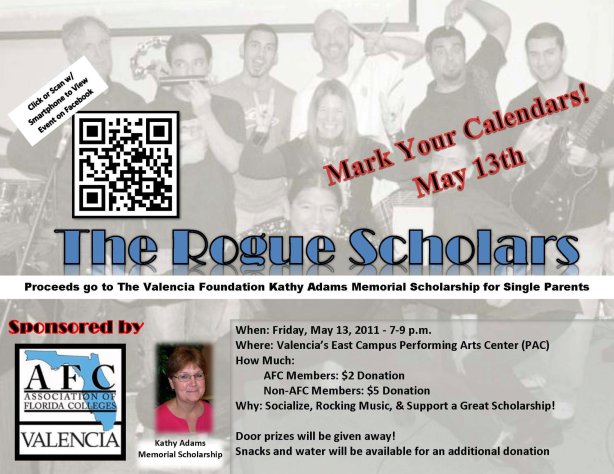